Our best BEST escape room experience to date, began, like this.......

We were greeted by a young gentleman named David, who really couldn't have been more helpful if he tried! He explained everything with deep detail and his pre-game brief was sharp, on point, and practically perfect in every way. Shortly after the brief we were greeted by a busy little cherub, Elinor, who was very welcoming and set the room up as fast as Usain Bolt. Now we were both very much in two minds about everything so far, while I, Ginger, was quite nervous about the room because honestly, I didn’t have high hopes. We had had so many experiences where the setting and location of the escape rooms kind of hinted to the standard of the room and the team, I really thought that it was going to be rubbish…. Glasses on the other hand was like a bottle of pop, he was RARING to go! I had never seen him dress as quick as when David pulled out our prisoner uniforms and glasses could really get into the character and the story of the room.

Now dressed in our prisoner garb, we anxiously entered the room were a true-to-life scenario of life or (painful) death welcomed us. We were greeted by puzzles, locks and a little bit of fear. We began with personal interaction which turned into thought provoking and mild physical interaction. We felt the seconds ticking away in perfect synchronicity with our racing heartbeats with pure adrenaline. For the first time, we felt we were officially locked in and all we wanted to do was escape. Not a single item in the room was misplaced everything was thought out to within an inch! As we searched through various things to find keys and combinations, everything in the room fitted. Everything belonged. Everything was how I imagined a Torture Corps interrogation room to be.

The theming of the room…. We cannot fault. It was perfection. From the character touches, to the personalized touches, to the boxes to literally the sound and everything that happened in the hour, felt like we were the story. We weren’t just a part, or playing a game, we were LIVING the story… We were the end of the story if we didn’t make it.

While the puzzles were strategic with some being more obvious than others, certain puzzles and concealments were GENIUS. We actually dismissed a few main clues because we hadn’t even thought about the possibility that it was PURPOSEFULLY there.

There is nothing we can say that we think the people running this room need to improve on. We cannot stress enough how every little tiny thing was scrutinized and thought of. The level of detail in these rooms, surpasses any room that we have done so far.

We managed to escape with just shy of 2 minutes to go and when we did, we have never felt so relieved and elated to have completed the room in our experience. The mild fear we had in the room, the confusion, the frustration the mildly grossed out feeling we had completely disappeared and instead we were filled with happiness, excitement and our adrenalin had sky rocketed.

When we finished we practically bounced out of the room and we were met by our two lovely game hosts, who after a chat for nearly an hour, we found to be some of the most genuine and nicest people we have met. Glasses and myself have actually discussed how we feel that we kind of missed out, this being a kickstarter project, that we didn’t contribute to this amazing room.  We wish that we had put some of our money towards it because hand on heart, the room and the runners deserve EVERY bit of praise and positive vibes that their hard work will bring.

In the world of escape rooms, you have the best, and the worst. You have a bar, a standard that you expect other escape rooms to be…

The Escape Rooms: Newport… Doesn’t set the bar, it demolishes it completely. Other escape rooms need to visit this one, they need to learn from these rooms because The Escape Rooms 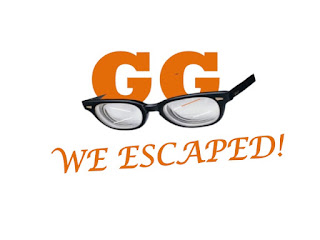 : Newport IS the bar.

Our GingerGlasses Fun-o-meter rating, without a doubt in our minds, is an easy but well deserved 10G… If we could award it higher, we happily would. We CANNOT wait for their next room and we cannot wait to see what the future brings for this up-and-coming front runner. One thing is for certain, this is one room to watch! 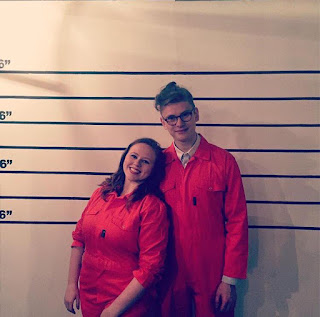